The MPI-INF and the MPI-SWS are located side by side on the campus of Saarland University in Saarbrücken. The surroundings are very green, as the campus is situated in an area of forest between Saarbrücken and Dudweiler.

Map of the area

Map of the area 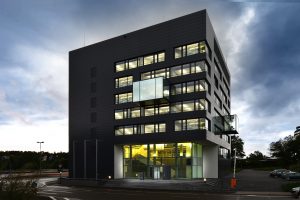 Saarland University was founded in 1948 and currently has around 17,000 students in 6 different faculties:

The city of Saarbrücken is the capital of the federal state of Saarland, has about 176,000 inhabitants, and is located in the southwest of Germany on the border to France.

Saarland is one of Germany’s 16 federal states. This rather small state (about 1.0 million inhabitants on 2,570.16 square km) is situated between Lorraine (France), Luxembourg, and Rhineland-Palatinate. It’s landscape is shaped by forests and agriculture. Thirty years ago, Saarland was still a region of coal mines and steel mills, but today the main economic focus is on new technologies, commerce, and services.

General information on Saarland (in English)

More information can be found on the University’s webpage.

Kaiserslautern also has an official homepage in English.

Rhineland-Palatinate is one of the 16 German federal states. It is located in the southwestern part of Germany, surrounding the Saarland and neighboring the German states of North Rhine-Westphalia, Hesse, and Baden-Württemberg, as well as the countries Belgium, Luxembourg, and France. Rhineland-Palatinate has around 4.05 million inhabitants, living on an area of 19,854.21 square km. The landscape is shaped by forests and hills with many castles and palaces. The state is famous for the Palatinate winegrowing region.

General information on Rhineland-Palatinate (in English).